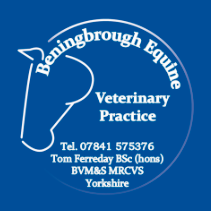 Castrations are generally carried out for ease of management.  If left entire colts will very rarely be able to run with other horses, and as they get older can become more and more difficult to handle posing serious risk to the people and horses around them.  There is also the risk of mares they are around then having unwanted pregnancies. Most colts end up becoming geldings because it leaves them much easier to handle, particularly if they are kept with mares.

Castration maybe a very common procedure, but that does not mean this routine operation should be taken lightly.  There are many different factors to consider and more potential problems than many realise.

It makes sense for colt owners to discuss the options carefully with the Vet first.

Factors to consider for standing castration:

Maturity – For the standing procedure, the testicles must have dropped sufficiently so that everything is easily within the surgeon’s reach.  If only one is present (a ‘rig’), the owner is faced with two options: either give the colt more time in the hope that the missing testicle will eventually descend, although this does not always occur or opt for taking the colt to a hospital for surgery under general anaesthetic.

Foal testicles can be too tiny to perform a standing castration, however with a mature adult stallion there is an increased risk of bleeding and other complications with standing surgery.  Ideally a colt would be castrated before 2½  years of life once both testicles have fully descended. Some believe that castration should be left as late as possible, in order to allow the horse to ‘mature’. However, there is no evidence that foals left entire develop any differently from those castrated early.

Temperament & Handling– Standing castration is not safe with a difficult horse, as a horse can still kick despite heavy sedation, making the procedure impossible. A colt should be well-handled prior to the procedure. As well as the danger for the handlers involved, think how frightening and stressful it must be for the colt, if his first close encounter with people is for a castration.

Breed – Standing castration of larger breeds may be at increased risk of evisceration (the catastrophic post-surgical prolapse of abdominal contents), and surgery under general anaesthesia may be suggested.

Time of  Year – Castration can be performed at any time of year; however they should ideally be castrated either in the spring or autumn, in order to avoid the flies of summer and the deep mud of winter.

Where – Castrations can be carried out at your yard providing it is suitable.

A clean Stable with clean bedding, someone experienced in handling horses, and preferably one who does not mind the sight of blood, will be needed. The vet will also require a source of warm, clean water.  When you call to book in it is best to discuss the requirements with the vet.

Post-operative care – The exact details of post-operative care will vary on a case by case basis; however they will focus on cleanliness, close observation and movement.
For the first 24hours the horse should remain stabled to allow a clot to form. After this it is encouraged that the patient is walked in hand for 20mins twice daily to encourage drainage and minimise swelling at the surgical site.

The horse will be prescribed a short course of antibiotics and painkillers following surgery, and the vet will ensure that the colt is protected against tetanus.

It is advised that your colt is fully vaccinated for tetanus prior to surgery.
The surgical site will need to be inspected on a daily basis for rapid detection of any possible complications. If there are no post-operative complications the incisions should be completely healed within two weeks.

Swelling – This is the most common complication and usually peaks 3-5 days postoperatively and resoles by 10-14 days. If the swelling is associated with discharging pus, causes discomfort or doesn’t resolve then the vet should be called.

Excessive Bleeding – Slow dripping blood following castration is not uncommon and usually resolves within hours.  If bleeding is more significant and it is hard to count the drips as blood flow is too fast, then the vet should be called immediately.

Persistent Stallion-Like Behaviour – After castration some geldings will retain some stallion-like behaviour in cases of learned behaviour.

These cookies are required for our website to operate and include items such as whether or not to display this pop-up box or your session when logging in to the website. These cookies cannot be disabled.

We use 3rd party services such as Google Analytics to measure the performance of our website. This helps us tailor the site content to our visitors needs.

From time to time, we may use cookies to store key pieces of information to make our site easier for you to use. Examples of this are remembering selected form options to speed up future uses of them. These cookies are not necessary for the site to work, but may enhance the browsing experience.

We may use advertising services that include tracking beacons to allow us to target our visitors with specific adverts on other platforms such as search or social media. These cookies are not required but may improve the services we offer and promote.

Welcome. You can control how we use cookies and 3rd party services below